Ron Stotts on how to live intuitively in business. 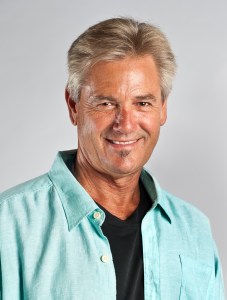 Ron Stotts has had his own ups and downs with creativity. Like most of us, he had an imaginative and playful childhood, but he began to lose sight of his creativity during his years in the educational system. Ron’s personal creativity crisis came to a head in 1967 where low grades and shame drove him to leave college and join the Marines. There he was abruptly awakened to how deeply he cared about others. Ron ended up defining his own set of values, learning how to learn, and working with others to explore and develop the very best of who and what we are.

From there, Ron went on to receive his Master’s degree in English, develop learning programs at several colleges where he inspired students to become published authors and landed the role of Co-Director of The Brain Integration Center to create whole-brain learning workshops.

Ron’s personal and spiritual journey then brought him to Los Angeles where he met Tim Gallwey (The Inner Game Of Tennis). As Tim saw the extraordinary way Ron’s mind worked, he appointed him Executive V.P. of Inner Game Corp. They worked together with corporations such as AT&T to help them develop focus and enhance creativity.

A life and death experience gave Ron an expanded awareness of being one with everything. He also gained further clarity of his life’s path — taking people to the source of their deepest issues for the purpose of healing and developing their full potential.

Upon receiving his PhD in Psychology, Ron became the Founder and Director of the Center for Balance. Over the next few decades, he developed numerous creativity enhancement programs, serving thousands of clients throughout the U.S. and Europe. During this time he also received his Doctor of Chiropractic degree, integrating body, mind, and spirit into his work.

Ron’s creative expression as a landscape artist has won numerous state and international awards (primarily for Japanese gardens). He is an author, speaker, workshop leader, and co-founder of TheCreativitySummit.com tellesummit series.

Ron’s vision, purpose, and commitment come together in pioneering this evolving creativity revolution. He knows that by accessing our imagination and innate creativity, we become more aware and conscious of inspired and productive ideas. We lose fear and gain hope. We can then create from what will serve our highest intention as an individual, a community, a nation, and a world.

For mobile/tablets you can download free apps here:  http;//soundcloud.com/mobile

More on your host and shows Choose-positive-living

Search for your show here.

My Tweets
Listen to us on Soundcloud
Self Discovery Media Network

Listen to us on Anchor

Listen to us via Anchor.fm

SEARCH FOR A SHOW HERE

Subscribe to Self Discovery and never miss a show again.